Including Captain Cook and Whitby jet, the town’s history is far-reaching and covers a variety of ages and subjects. Museums pepper the town and are all within walking distance from some of Whitby’s main sights and attractions.

Whitby Museum is the town’s original museum, originally founded in 1823. The museum has had different venues over the years, including on Baxtergate and Pier Road, but is now at home in Pannett Park alongside the Pannett Art Gallery. Entrance to the museum is free to residents of Whitby.

With a wealth of artefacts from Whitby’s social history, the museum also features a range of taxidermy, artworks and extensive fossil and maritime exhibitions. Talks and special events also take place, while the museum tea room is open from February to November.

The Captain Cook Memorial Museum, located on Grape Lane on the east side of the harbour, is housed in Captain Cook’s lodgings as an apprentice. Much of the internal decor is retained throughout, giving visitors an inside look into Captain Cook’s Whitby life. A courtyard garden features 18th-century-type plants and the upper floors of the museum focus on Cook’s later journeys.

For a look at what it takes to keep fishermen and pleasure boats safe out at sea, RNLI’s Whitby Lifeboat Museum gives visitors the chance to get up close to a former lifeboat. There are more photos, models and former crew kit to browse, as well as mementos from wrecks and rescues.

Opened by W. Hamond, one of Whitby’s oldest jet manufacturers, the Whitby Jet Museum is housed in Wesley Hall. The jewellery shop and manufacturer exhibits its collection of jet pieces that have been acquired over the decades. As well as the main collections, jet aficionados can request access to the museum’s private library. A seafood restaurant, Albert’s Eatery, is housed upstairs. 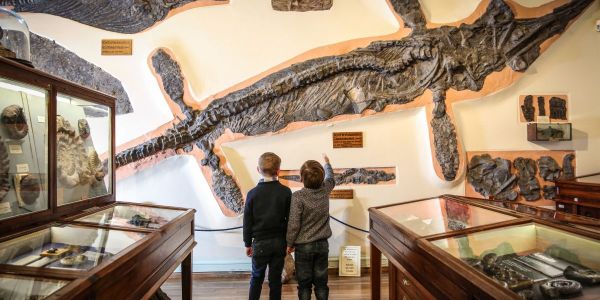