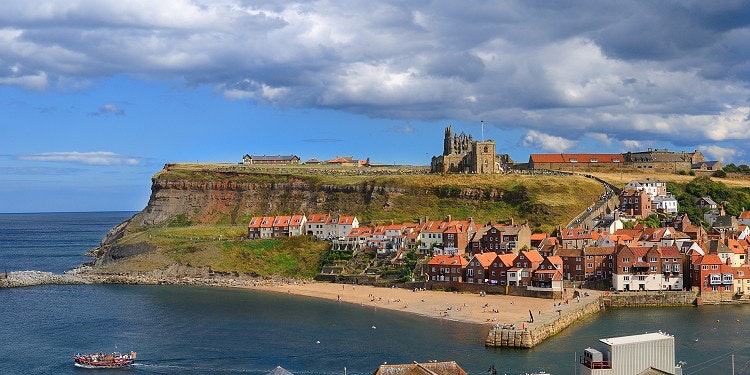 In a new TV series for ITV, Joanna Lumley is visiting locations spanning the length and breadth of the UK. The first eposide of the show, called 'Joanna Lumley's Home Sweet Home - Travels in My Own Land', will be broadcast on ITV from 8pm on Tuesday 2nd February.

In this eposide, Lumley visits a number of locations around the country, but finishes her journey here in Whitby.

When asked if anywhere surprised her as she travelled around the country, Lumley had this to say about Whitby:

I think Whitby. I was captivated by Whitby. There was something about the geography of it, that deep cleft and then this little town. Such a hard-working fishing town with the magnificent abbey. In 664 there was the Synod of Whitby and it was the most important part of the country, London didn’t count for a bean back then. They were building this vast abbey and clerics were coming from all over the place. I never knew that and it just gives you a more respectful look at the country. So that amazed me, I loved being there, all those steps and then you’re suddenly in this tiny, crowded ancient port, and I thought, ‘If I was an American or a Canadian, or somebody who had never been to Britain before and then I came to Whitby, I’d be thrilled and think this is exactly what I wanted it to look like.’

Whitby always looks great on TV - so we can't wait to see what Joanna made of it, as she visited at the end of last summer. And of course, we hope that it'll prompt people to plan a trip to Whitby once COVID restrictions allow, later in the year.